The fundamental functions of the endocrine system are long-distance intercellular communication, coordination, and maintain hemostasis.


A hormone is formed in one organ or gland and carried in the blood to another target organ or tissue, where it affects cellular activity, especially growth and metabolism.

Most hormones are synthesized from amino acids (amines, polypeptides, and proteins) or are cholesterol-based lipids.

The endocrine system uses chemical signaling as a method of communication. Endocrine organ sent the chemical signal which secretes hormones or chemical into the extracellular fluid.

Hormones transported throughout the body via bloodstreams where they bind to receptors on target cells and develop a characteristics response.

So, endocrine signaling requires more time to prompt a response in target cells, though the precise amount of time varies with different hormones.

For example, the hormones released when you are confronted with a dangerous or frightening situation, called the fight-or-flight response, occur by the release of adrenal hormones—epinephrine and norepinephrine—within seconds.

In contrast, it may take up to 48 hours for target cells to respond to a certain reproductive hormone.


The endocrine signaling is typically less specific than. The same hormone may play a role in a variety of different physiological processes depending on the target cells involved.

It also plays an important role important in breastfeeding and may be involved in the sexual response and in feelings of emotional attachment in both males and females.

Structure Of The Endocrine System

The endocrine system consists of glands widely separated from each other with no direct anatomical links.

It also consists of the number of cells, tissue, and organs that secrete hormones. Endocrine glands are ductless glands as the hormones directly secreted and diffuse into the bloodstream.

The endocrine system consists of a number of distinct glands and some tissues in other organs. Although the hypothalamus is classified as a part of the brain and not as an endocrine gland it controls the pituitary gland and has an indirect effect on many others. The endocrine glands are:-


The ovaries and the testes secrete hormones associated with the reproductive system after puberty.

Functions of the endocrine system:- 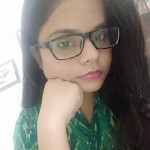 Hey, This is Drishti Sharma, graduated with BSc. from IGNOU and have completed a Diploma in Medical Laboratory Technology. I love to write and share my words with the world. I also engage myself in teaching which enhances my creativity and makes me more expressible.